The convention banquet started off with a lot of socializing. We mingled and took pictures, enjoying the last night of each others company. A silent auction was set up with paintings, crocheted and knitted hats, collector type dolls, books, jewelry t-shirts and lots more. Competitive but friendly bidding wars proceeded with a lot of smiles and laughter.

Dinner itself was good but our guest speaker was great. John Waldo, attorney and hard of hearing advocate presented his topic, “Silence to Understanding: Telling Our Story. He told us how he started getting his city captioned, with small steps. He started with a smaller theater and let them know why assistive listening devices (ALD’s) don’t always work us and why captions were so much better. They balked at first claiming ‘undue burden’ but he looked up their financial records showing them it could be doable. Most places don’t want a lawsuit so they started captioning one play a month.

After that, they worked on other theaters then onto cinemas. John told us about a landmark case he helped work on in Arizona, getting captioning into theaters which then spread across the United States. He had us on the edge of our seats talking about the judges and wondering which way it would go. In the end, to our favor. Captions are part of the Americans with Disabilities Act.

John urges us get specific about what we want for accommodations and to stand up for ourselves. We hard of hearing people tend to not want to bother others with our needs but we need to claim our place in the world just like anyone else. If you ever have the chance to see him speak, go! John Waldo inspired us all and I bet he would you too.

For information on the SayWhatClub’s next convention, go to our convention page 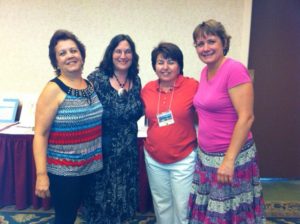 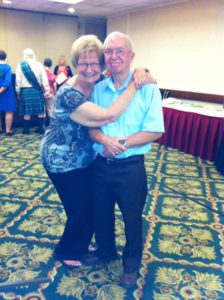 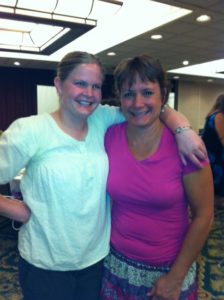 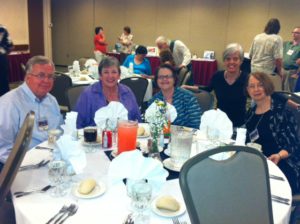 0 thoughts on “Banquet at the 2012 Convention Banquet”