There are times I wish I could wave a wand to make others hard of hearing for a day or two.  I’m not supposed to wish hearing loss on anyone, I know, but some people need to learn empathy.  I don’t wish on it everyone, just a few of the very difficult people I run across. The lady in the salon who insisted I keep answering the phone even though I got names, numbers and information wrong all the time (this was before caption phones) would have been a good one to wave my hearing loss wand over.

I would have waved the wand over another lady, a secretary,  at an assisted living home I worked at as hairdresser.  She never would come close enough for me to hear/see her properly  like I was contagious.  Or my ex-husband who would hated to repeat and would say, “I SAID…”  And the people who won’t stop moving their heads when I’m trying to lipread them.  So maybe I’ll wave my wand around a bit here on the blog.

Here’s some things I’d specifically like hearing people to understand:

Words full of holes and the mind racing to fill those holes at the sound of speech hoping it makes sense at some point. It can be exhausting.

Why hearing aids aren’t called ‘hearing miracles’.  Yes they help but they do not make my hearing perfect again.  Then you’d know why the question, “Are your ears on” makes me twitch.

Now that you are experiencing temporary hearing loss, try hearing someone from another room; to hear a voice and not understand most of what’s said.

How about talking on the phone with a disembodied voice (very similar to above)?  No lips to read, no body language to take cues.

You like watching TV and movies?  Try it with a hearing loss and you’d know just how hateful it is without captions.

This is for the people who think they are funny, who repeatedly say “huh” as a joke. 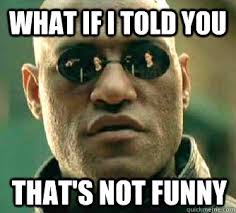 To feel what it’s like to be dismissed and excluded from conversation with the words “Never mind.”

Focusing on the good

That’s just too few people.  Thank goodness the majority of the people I run across are good with accommodating me.  I keep my focus on the good people and I happen to know a lot of them. Mostly I’d use the magic wand for good; to restore confidence, take away pain and give hope to more people with hearing loss.

At the ALDA convention last year in Scottsdale, the Arizona Commission for the Deaf and Hard of Hearing did give hearing loss to a number of people for a day without a wand.  They got people to agree to wearing custom made ear plugs and asked them to wear them for a day.  It was eye opening to all those who participated, giving them more empathy towards those in their lives with hearing loss.  If you are interested, Dianna Nanez, a reporter for the Arizona Republic, wrote about her story.

4 thoughts on “A Magic Wand”