Many SWCers are gearing up for travel or are already on their way to Boise, Idaho, our convention city, where we’ll be Basque-ing in Boise from August 4th – 6th.  I think I’m the first to have arrived!!  I’m a day earlier than expected, but the hotel graciously extended my reservation and gave me the convention rate. 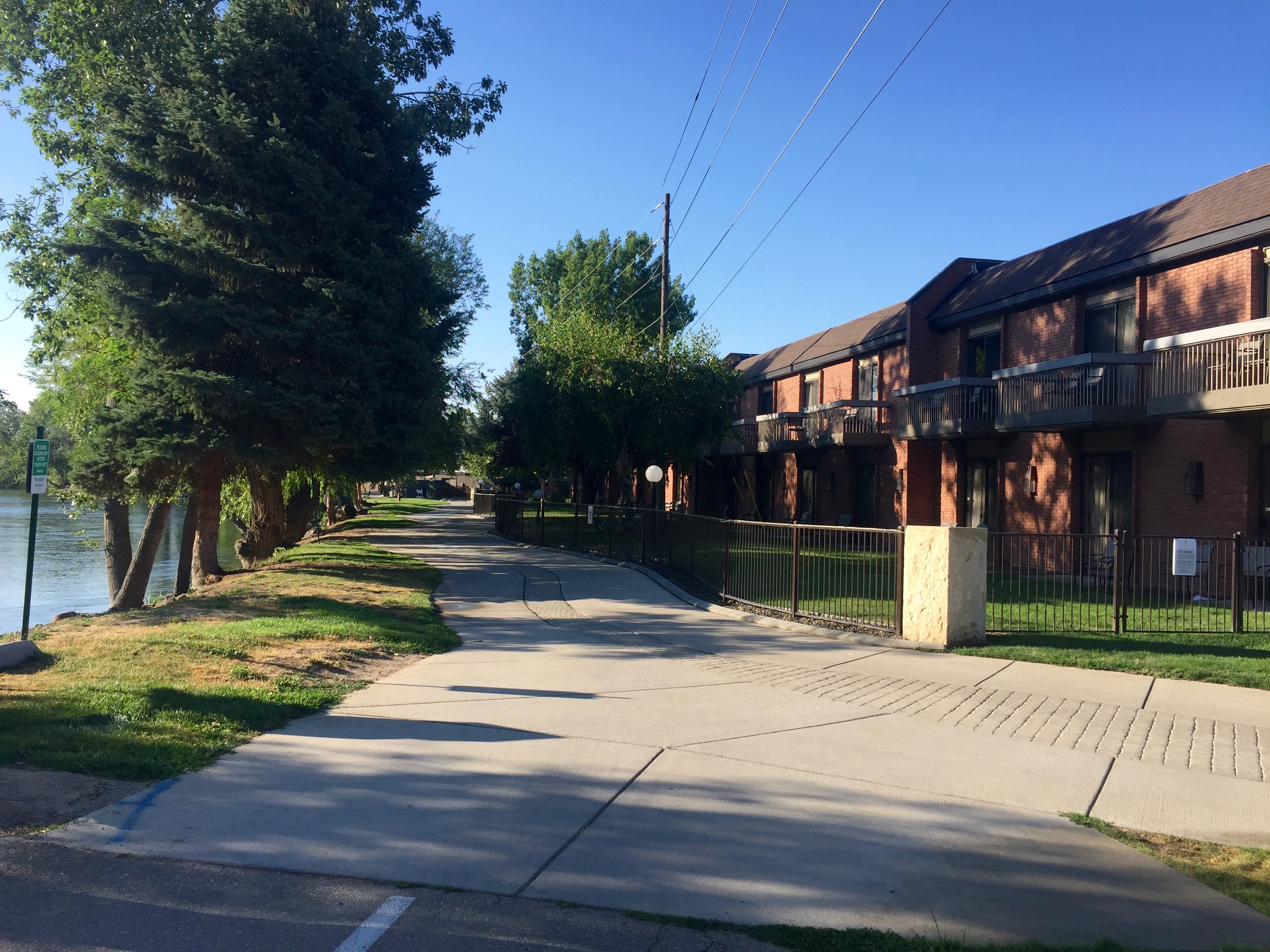 I went for an early morning bike ride this morning, and the picture above is a shot of our hotel, The Riverside Hotel, right on the Greenway.  I rode quite a long ways on the southwest side of the river.  There was a lot of construction along the way, apartment buildings, mobile home parks, and residential areas.  I had to ride on the road for a short distance, twice.  It was in residential areas and not a negative.  I eventually crossed a bridge that followed another branch of the waterway.  The pavement was bumpy from tree-root damage and I turned around.  I’ll check out other parts of the trail later today and tomorrow.  It was a good ride, but probably not the most scenic section of trail.

I also saw some early morning divers and a few fishermen.  Idaho River Sports is within walking distance from the hotel and they rent just about anything you would want to try. I think I’m going to give the stand-up paddle boards a go.

I can’t wait for the rest of you to arrive… to see old friends and to meet some new SWCers!! Safe travels!  I’ll see you all in Boise!