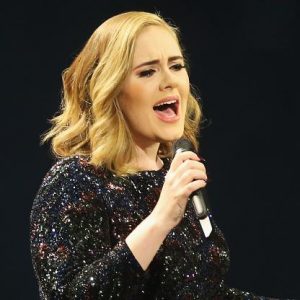 I just read a great article, written by Barbara Kelley, on Charles Mokotoff from the January/February 2010 issue of Hearing Loss Magazine.  In the article, Mr. Mokotoff says, ”I just said goodbye to the guitar for quite some time. It was a period of reflection and self-examination for me.”

Reading this made me realize that I’ve said goodbye to things, with regard to music, because of hearing loss.  Maybe, like Mr. Mokotoff, I needed to throw off a few shackles of my own?

I’ve mentioned this before on the SayWhatClub list…  not only have I stopped listening to music, I’ve stopped singing.  I used to sing constantly in the car and around the house.  I’m not a public singer, but I do like to sing at home, usually when I’m alone.

Well, after trying to watch the grammy awards online (no captions streaming online), a few weeks ago, I became curious, wishing I could hear what all the hype is about with Adele and her voice.  I also was checking out Bon Iver and I saw a video of “I Can’t Make You Love Me”, so I listened… at least it was a song I knew… or, rather, tried to listen… I could follow along in the song from what little I heard, but I didn’t really hear any of the lyrics beyond a screech now and then.

Because Adele also does a version of “I Can’t Make You Love Me” — it was on the list of selections on the youtube page — I decided I’d listen to her rendition, which was even less lyrics heard.  Sigh…

Discouraged, I decided to go back and listen to the original, Bonnie Raitt version, which I’ve always loved.  This took a leap of faith, because I realize I’ve stopped listening to music because I don’t want to corrupt my memory of it.  Nope, couldn’t hear her singing on that video either, which had the potential to make me exceedingly sad and teary-eyed, but I nixed the temptation to go there.  Instead I’ve found myself singing the song often over the last few weeks.

My husband commented the other day that it was nice to hear me singing again… he said that I sounded really pretty.  I can’t hear myself sing the song either, but I remember how it feels to sing it, so I guess I’ve not lost that.

Turn down these voices inside my head

Lay down with me, tell me no lies

You can’t make your heart feel something it won’t

Here in the dark, in these final hours

‘Cause I can’t make you love me, if you don’t

I’ll close my eyes, then I won’t see

The love you don’t feel when you’re holding me

Morning will come and I’ll do what’s right

Just give me till then to give up this fight

And I will give up this fight

You can’t make your heart feel something it won’t

Here in the dark, in these lonely hours

‘Cause I can’t make you love me, if you don’t

No, I can’t make my ears hear something they won’t, and that’s okay today.