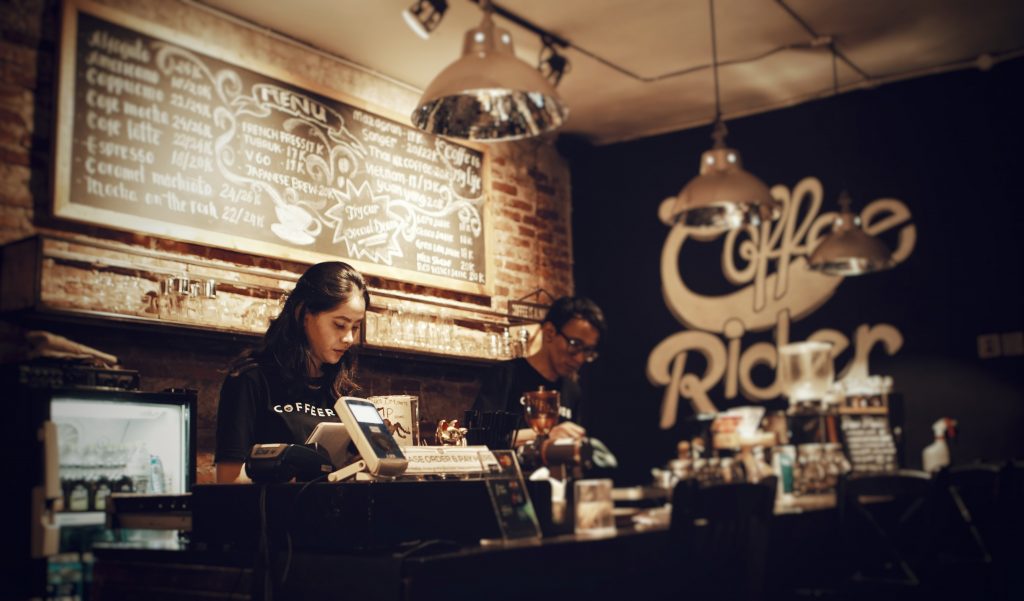 I spent yesterday shopping and running errands.  It was a good day, as I didn’t really run into any particular difficulty…  I wasn’t doing things where I needed to listen or concentrate intently.

My last stop before heading home was the grocery store.  It was late, and the deli had actually closed.  I paused in front of the counter to look at some things in the open, refrigerated case below the counter.  Taking my time, I tried to decide what I wanted.  Because I wasn’t expecting to see anyone behind the counter, it didn’t occur to me that someone might speak to me from that direction.  I happened to glance up.  To my surprise I see a lady hovering and looking pretty disgusted behind the counter.  Obviously, she had been asking me if she could help me find something.

The look on her face was lethal!!  I’d seen that look before…  it’s a look that says, “I was talking to you and you were rude and didn’t answer.”

I paused, let the moment soak in, and then I spoke those two little words that have the power to make someone melt into a puddle on the floor — “I’m deaf.”

The color drained from the lady’s face and she meekly apologized and slinked away.  After I went back to making my selection, I had a sense she was still there.  I looked up again to see her waiting patiently for me to notice her.  (The counter prevented her from physically getting my attention by touching my arm or shoulder).   This time she offered a sincere and heartfelt apology.  She said, “I thought you were just being stuck up.”, as she improvised the sign for “stuck up” by putting her nose in the air and brushing her finger across the tip repeatedly.

I could have accepted her apology and let it go at that.  Instead, I smiled, accepted the apology, and took a minute to really teach her something.  I asked her what she learned, resulting in a confused look on her face.  Continuing on, I told her if she was truly sorry I’d like her to go one step further with the next person she encounters that doesn’t react in the way she expects.  I asked that she take a minute to ask herself, “Why might this person not be reacting to my speaking to them?” Hopefully, she remembers the time she got upset with the deaf lady at the deli counter, and how awful and humiliated it made her feel to find out that the lady wasn’t rude, only deaf.

I went on to tell her that I was in a very good mood after a long, but enjoyable day.  But, had my day gone differently, had I been concentrating all day long to hear in meetings and appointments, I might have been at the end of my rope.  Had she been the fifth, sixth, or even tenth person to make it seem like I was inconveniencing them by being deaf, I might have burst out into tears, or snapped at her.

Not only do we have to work harder to understand in the world, we also are held responsible for what we don’t hear and how that makes someone else feel.  Wrongly so.

I drove home feeling like I had made the most of that particular teaching moment.  I I was proud of the fact that I did it without losing my cool.  Her humiliation was warranted. Then, I put her at ease in order to leave her with something positive.  She learned how a better way to handle the next unexpected reaction.  That’s how we make the world a better place for all of us.

What’s sad?  Not too long ago, I would have taken this scenario much too personally.  I probably would not have seized the opportunity to make her own up to her wrong assumption.  Instead, I would have seethed in silence.  That wouldn’t have done anyone any good.

That’s what the SayWhatClub has given me…  just by being among others who experience what I experience, and know what I know, I’ve found the confidence to be a better person.

0 thoughts on “Deaf at the Deli by Michele Linder”