Recently, I read an article entitled, “Alone”, by Christopher Jon Heuer, posted on Deaf Echo.  (Note- previous links to this article were broken and removed. However, Heuer has written a book.) 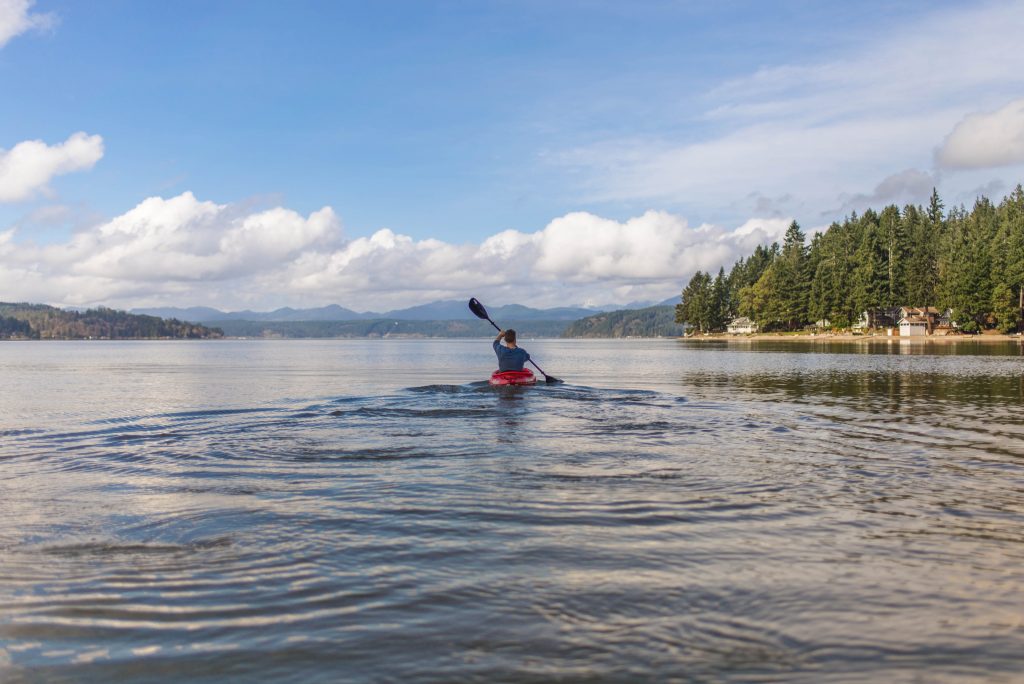 In the article, the author tells the story of kayaking alone on the Potomac River.  He was forced to defend paddling without a companion. While standing in a long line, he struck up a conversation with a fellow kayak-renter who reacted with “genuine puzzlement” at his choice to go kayaking by himself. Feeling a bit defensive, he rattled off a series of explanations, and afterwards realized his true reasoning, “If you are afraid of being alone, you’re really afraid of something you’ve always been.”

I really related, as I get these same reactions. “Alone?“, spoken with an amazement that someone would even consider doing such a thing without a companion. Add the fact that I’m a 52 year-old female who is deaf and that kicks the astonishment up a notch or two.

I hate that I’m constantly feeling as if I have to justify simply spending time with me, myself, and I. I also hate that people seem to assume I do things, alone, because I don’t have anyone to do things with.  “Aw, you poor thing”  I feel as if I have to declare that I do have a husband, four grown children, and many friends and family members. (Though, most of my best friends and few of my kids are miles and miles away in another state) to spend time with. Grrrrrrrrrrrrr…

I grew up witnessing a parent who was terrified to do much of anything for fear of what could possibly happen. It took much hard work and a conscious effort on my part to become comfortable enough to let go of the unreasonable fears I was taught throughout my childhood. In time, this quote, by Rev. William J. Keene, became my mantra: “If we are overcome by the imagined risk of an unlikely death, we may miss the elusive chance to live fully.” I so wanted to live fully!

I’ve camped, alone. I’ve traveled, internationally and in the U.S., alone. I kayak, in the northern Minnesota wilderness, alone. All things disbelieving ears can’t seem to fathom a person choosing to do, ALONE.

“Aren’t you afraid?” people ask.  Then, after finding out I’m deaf, they feel the need to tell me how dangerous my actions are. I can usually reassure anyone that I’m not lacking in care when I do these things I choose to do, alone.  But, in the wrong mood I simply feel pissed that others expect reassurance that I know what I’m doing, especially a stranger. Yes, I only camp in areas where I feel safe. Of course, I am mindful when I’m in a foreign country or unfamiliar city by myself. Yes, I do know there are bears in northern Minnesota. And still, I get the follow up of “Do you think that’s a good idea?” Of course it’s a good idea!

Last September, my husband, oldest son, and I traveled to Bavaria to attend the wedding of dear, family friends. After the post wedding celebration (the 200th anniversary of Oktoberfest, in Munich) My eurail pass had three days of unlimited travel on it. Not the type of person to let that kind of opportunity go to waste, so, I boarded a train back to Brussels instead of going home with my husband and son.   I spent a few days knocking around a city that I was sad to have so little time to see on my way from Amsterdam to Bavaria.

I then took the train to Bruges and spent my time there staying in the Snuffel Backpacker Hostel. On my last day in Bruges, I had to get up at 4:00am in order to pack, get ready, and walk the distance (about 2.5 km) from the hostel to the train station. No, I wasn’t afraid to walk through the streets of Bruges in the wee hours of the early morning with not many people up and about, as I didn’t see any need to be. I am not a careless person, and if I had felt it wasn’t “safe”, I certainly would have called a taxi.

Lacking the fear to experience life in those times when you find yourself alone doesn’t mean that you are careless. It also doesn’t mean you are a loner who no one cares to spend time with. (Though I admit it is tough, when you are unable to find work and have unlimited free time, to find companions with the same level of freedom.)  Nor, does it mean that you are living a dangerous existence.

There is something so empowering about knowing you can be alone. Companions are wonderful, but spending time with yourself is equally so.

It’s funny, so much of what the author wrote about — kayaking and his upcoming a trip to the UK and Ireland — is coincidental. I’m avid kayaker. (95% of the time I kayak alone.) I just returned from a trip to Ireland and the Cliffs of Moher. (Though I didn’t do this trip alone. I took my 25 year old daughter to meet my sister and niece.  My niece is taking summer classes at the National University of Ireland Galway.)  I felt a real kinship with him.  He’s another person who does the same kinds of thing that I do, alone, and lives to tell about it.

For me, this isn’t even a deaf issue.  There are many hearing people who wouldn’t even think of choosing to kayak or travel solo.  I’m often told, by people who have not yet realized I’m deaf, how brave I am.  Then, once the fact that I can’t hear comes to light, they really think I’m brave, or maybe just stupid? 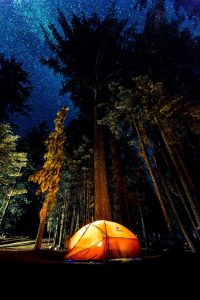 I’m here to tell you that it doesn’t take bravery to spend time doing things you enjoy, alone.  Back when I was trying to overcome my irrational fears, I did assume it was more of a bravery issue.  The first time I tried venturing out of my comfort zone, alone — camping — I discovered I wasn’t fearful at all.  I slept like a baby.  All it took was a willingness to consider that I could have a great time by myself.  I’d really hate to think that I am limited to only those things for which I can procure a companion.

In the end, all we are is alone.  We certainly will leave this world alone.  Why wait until we get there to figure out how to be alone?  You might just discover you are one of the best friends you’ll ever have!  :o)

0 thoughts on “THE LAST TIME I CHECKED, “ALONE” HAD FIVE LETTERS!, by Michele Linder”