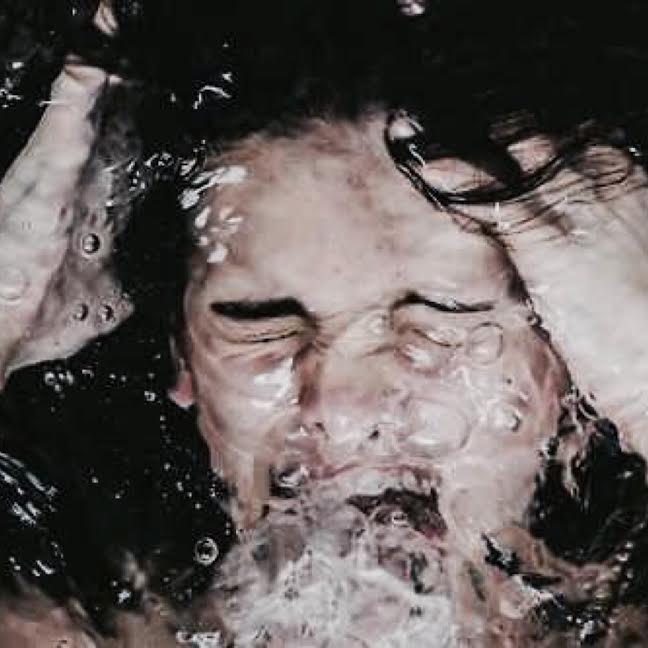 I have to feel music to hear it, and I mean that on every level. When I was around 12 or 13, I experienced significant hearing loss. The loss is moderately severe in my right ear and severe in my left. Due to the bullying that I was experiencing at school and among my own friends, I hid my hearing loss from everyone—family, friends, and even myself. I adapted to life and conversation without much of my hearing, and one of the ways that I coped with this was through music.

All through my teens, I would sit at the stereo for roughly 3 hours every night, feeling the headphones buzzing on my cheeks and the beat pulsing through my body. My taste in music had little to do with genres. Whether it was Hole’s “Rockstar,” Prince’s “Let’s Go Crazy,” or Jeff Buckley’s “Grace,” I was listening for the passion. I can sometimes pick out or guess at the words of a song that I first hear, but usually, it’s pretty fuzzy. The music itself all kind of blends together if I don’t listen carefully. When older people will complain, “It all just sounds like a bunch of noise to me!” I know what they mean. When you can’t hear well, music is noise. But passion has always kept me listening. If I can hear something behind the song, I will listen again and again until I truly hear the song itself.

The buzzing of the headphones against my face was essential. When someone would just play as song in a room with me, I was less interested. I needed it up against my face, vibrating, sending signals to my mind, activating my memory of how those pitches sounded. I’d taken classical piano lessons from the age of 5 up until I was 16. The transition from playing piano with perfect hearing to playing piano with hearing loss was a strange one. I could feel myself relying on the buzzing in my fingers to hear the full song that I was producing. When I finally got a driver’s license, I remember the joy of having a radio that could vibrate the steering wheel under my hands. Music was something that I could still feel.

My process at the headphones was unintentionally methodical. I would find a song that I loved and blast it several times, pressing the headphones against my face as hard as I possibly could. Only after I’d felt the song on a one-on-one level like that would I dare to pull out a lyric booklet. The second that I knew the lyrics, muffled mumbling would instantly transform into meaning. My brain would fill in the gaps that my ears had left, and I would suddenly hear every syllable distinctly. After the lyrics were down in my head, I’d still listen to the same song again and again. I’d start to hear layers and extra rhythms. I think that I actually coached myself on listening this way. Hearing became easier because I’d spent so much time concentrating on how to do it.

Music stayed pretty prominent in my life for some time. I was in choirs all through high school and college and even got a music scholarship. I worked in the summers at a record store and eventually as an actress in musicals. I was even in charge of sound on our tours! In one production, I remember having to turn the monitor on stage all of the way up and the rest of the speakers all the way down so that the other actors could hear the pitch that they needed to sing. I’d be standing in the back of the auditorium saying, “Really? You can’t hear that note? I can hear it all the way back here!” In retrospect, I was “cheating.” I could feel the note, and I was used to counting on harmonics to guide me to the tones that I was unable to hear. I fell in love with and married a guy who writes rock songs and plays in bands. He’s not only indulged but appreciated when I would point out all of the little details that he put into a song.

However, in the last decade or so, I’ve lost so many of my ties with music. When I moved into my own place for college, I no longer had the big heavy headphones, so I just stopped listening to albums. I never bothered buying an iPod with earbuds because it wouldn’t be the same. The songs were compressed—the high and low pitches removed. All of the sound around the notes, the harmonics and the vibrations that I feel in order to hear, were just gone. And those tiny earbuds would never buzz around me. The idea of listening to music on headphones in public was also deeply embarrassing to me. As a teen, my neighbor once teased me about seeing me through his window, pacing around the room, squeezing those headphones up against my face. Even in my car, listening to music became less exciting because production trends of auto-tune and oversaturated reverb muddied up the sound for me. It all “sounded like a bunch of noise to me.” Hearing my husband’s live music was the rare spot of light in a dark patch. That’s why, after we moved to a new city for my job, I was so excited when he decided to play open mics again. This happened just around the time that I had finally owned up to my hearing loss and gotten help for it. I was hearing my husband with my “new ears,” my hearing aids. It was exciting.

While out at a club, I encountered the musician Nina Diaz, hosting open mics. She would play these phenomenal sets of a couple songs and then graciously turn the mic over to a variety of musicians of varying styles and levels of experience. I was struck by her kindness but also her choice of cover songs. One night, she belted out, “Never Tear Us Apart” by INXS, singing the saxophone solo with a voice so powerful that I could feel it moving the walls. That feeling took me back to those days in my parents’ living room, playing that song over and over again and the sensation of the emotions behind the song echoing against my face. “I need some big headphones!” I told my husband, who then picked out the perfect pair for me.

Nina’s album, “The Beat is Dead,” came out a couple of weeks ago, and it has been such a positive emotional experience for me to listen to it as I used to listen to albums. While I lost my hearing at twelve or thirteen, that’s when Nina was joining her first band, Girl in a Coma. They were touring and signed to Joan Jett’s record label by her mid-teens. Three and a half years ago, Nina faced and conquered her alcohol and drug addiction and continues along the path of sobriety. Two years ago, I finally got my hearing checked and explained to everyone in my life that I’d been partly deaf all of these years. While the lives of a rock star struggling with addiction and a college professor struggling with hearing loss might sound pretty different, I sense that we’ve been through a lot of the same things—the lengthy fallout that comes after confronting demons, the shame that comes from having hidden something for so long, and the burden of being an accomplished person who’s struggling when everyone thinks she has it made.

Recently, Nina put out a lyric video for one of the songs that hits me the hardest, “Screaming without a Sound.” It’s emotional for me because this is the first time that I’m reading the lyrics, and they’re written in the second person voice, driving home the connection that I already felt with the song. It reminds me of the years of embarrassment and self-doubt that came with hiding my hearing loss but also my attempts to try to explain that to the people in my life once I’d confronted it myself. I’ve often felt that my explanations are impossible for anyone else to understand. Screaming without a sound is something that I feel pretty profoundly on a number of levels. Yet, at the same time, the fact that there’s a song out there about how I feel makes me think that I am understood after all. Maybe we all understand one another other on levels that we’re not always consciously aware of. Maybe art is what helps us make those connections. You can’t always explain it, but you can feel it.

I’m continuing to hear the layers in the songs—the way that she bends the note when she sings the word “care” in the song “Queen Beats King” or the unexpected digital bits of keyboard coming in near the end of “Trick Candle.” I get a weird kick out of discovering sounds. For most people, sound comprises music, but for me, the music itself is bringing the sound alive. In those moments with my headphones on, I feel like a part of me that’s been dead is alive again. Listening to music is a tiring process for me. People with hearing loss can all agree that listening fatigue is real. In the end, though, it’s worth the human connection. Art takes a lot of energy to create and even to consume, but it’s those moments when we make the effort to feel what others feel that allow us to transcend the senses.

Kimberly is an Assistant Professor of English at a large university in Texas. As a former professional actress, she occasionally directs student plays. She lives with her husband and cat and enjoys cooking, music, and exploring nature.   To read more articles about music and hearing loss, see Perseverance I, II, and III.